Big change starts with a big vision — and any vision should be commensurate with the need for change.

This chain of thinking, which eventually would connect me to The Meadoway, began with the news that the monarch butterfly was listed as endangered in 2016 by the Committee for the Status of Endangered Wildlife in Canada.

I wondered how it was that this emblematic species, common during my childhood, was now considered endangered.

The monarch butterfly comprises two populations: eastern and western. In a fantastic display of life history, the eastern population travels all the way from eastern Canada and the eastern United States to Mexico each fall, a journey of as much as 4,000 kilometers.

In the spring, the eastern monarch population makes the journey back northward, through multiple generations, arriving in Canada sometime in June.

The western population travels from the northwestern United States and the interior of British Columbia to the California coast each fall.

The cause of decline is the same for both eastern and western populatons: loss of habitat, pesticides, and extensive use of herbicides, which affect the host plant that monarch larvae depend upon for food. 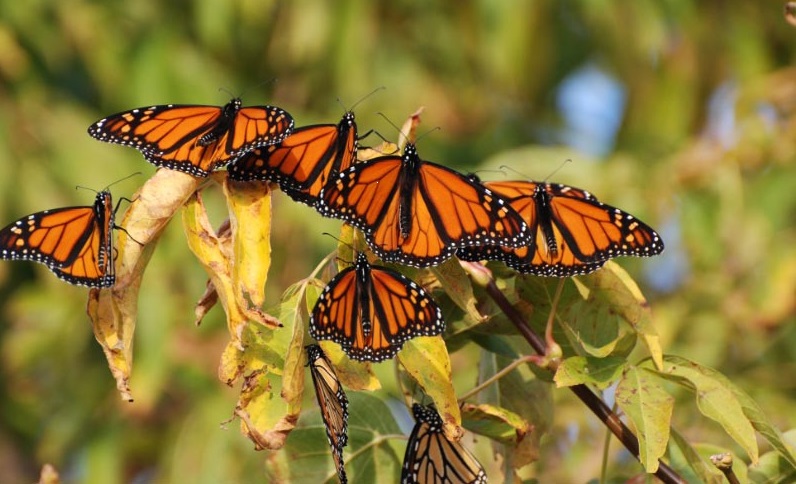 Given that monarchs need connected habitats over vast distances, including places to breed and rear their young, travel corridors, and plenty of nectaring plants to fuel their journey to Mexico, it was evident that restoring habitat at a small scale was not going to help their recovery. Where could we turn to for places to restore habitats to wildflower meadows that would support their needs?

Rights-of-way, such as roadways and hydro corridors, became clear places of opportunity. The vegetation along rights-of-way must be managed to keep trees from growing, and native meadow habitat is conducive to such vegetation management needs.

Rights-of-way are also linear and connected, with many aligning to the trajectory of monarch migration. And there are plenty of them: Canada has 1.4 million kilometers of roads and hundreds of thousands of kilometers of hydro lines.

With restoration to native wildflower habitat, these rights-of-way could become a national pollinator pathway — not only for the imperiled monarch, but for thousands of pollinator species in Canada.

Close your eyes and imagine for a moment what a national pollinator pathway would look like. In a word, stunning. What a legacy we could leave for nature, and for our children and grandchildren.

So, armed with a new vision, The Canadian Wildlife Federation (CWF) began a monarch habitat restoration project in 2017

Through this project, we tested various methods of restoring rights-of-way, and began to build a network of rights-of-way managers interested in restoring pollinator habitats. We learned that there is an appetite for restoration, and that technical advice is critical to success.

CWF also partnered with Toronto Region and Conservation Authority (TRCA), whose Meadoway project is a pre-eminent example in Canada of what is possible for habitat restoration and community well-being. 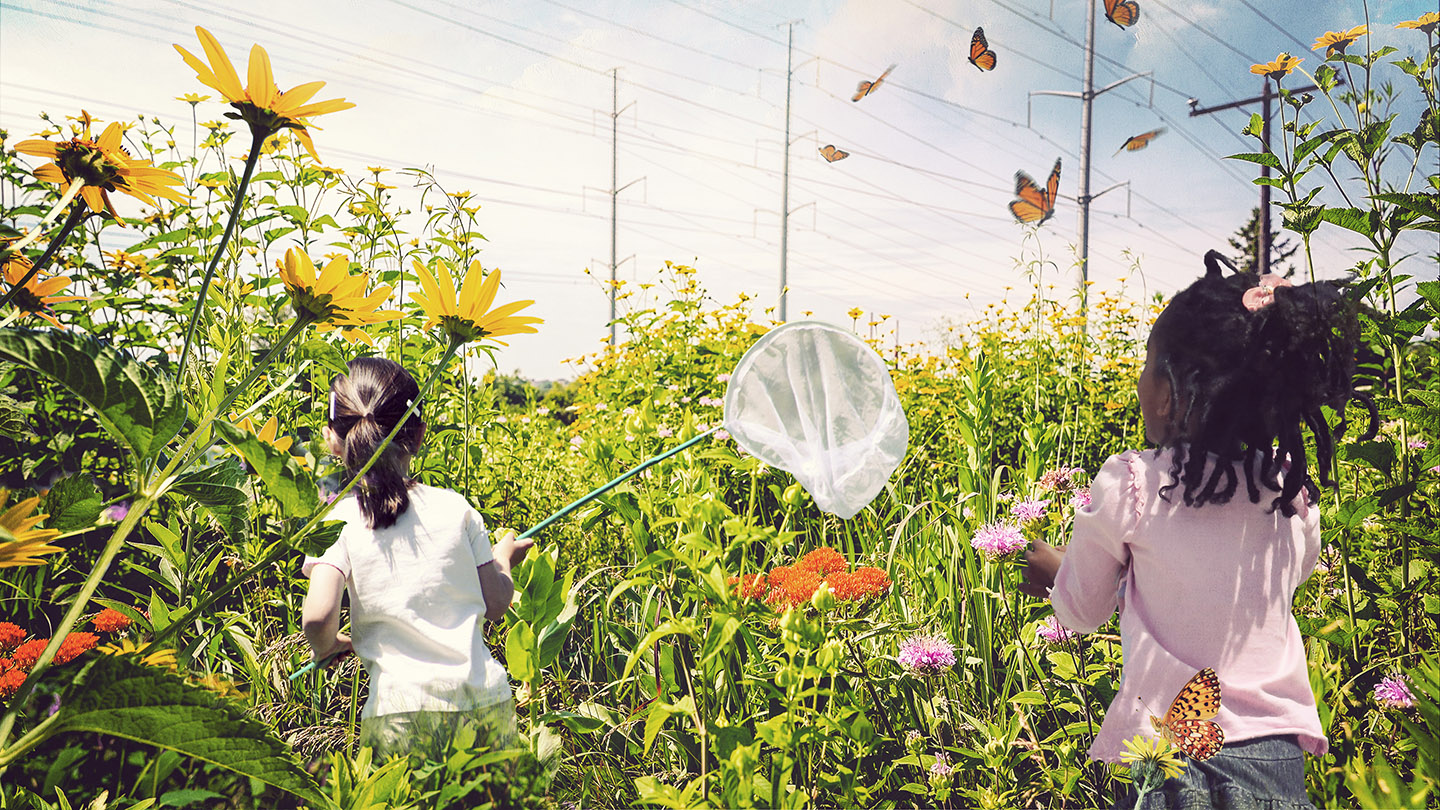 We are excited and honoured to receive a three-year grant from the Ontario Trillium Foundation to expand our work in creating pollinator pathways through a community of practitioners.

CWF will continue to partner with Hydro One and Lanark County. Together, we are learning how to restore and build best practices for bringing back the monarch and supporting many other pollinator species.

If you live near The Meadoway project, you could greet the first returning monarchs of the season. You can also feel good about the contribution that Ontarians are making to the recovery of this species through The Meadoway, as well as other initiatives including the CWF project in eastern Ontario, and the Nature Conservancy and Ontario NativeScape restoration projects in southwestern Ontario.

Carolyn and her team study a variety of species currently listed under Canada’s Species at Risk Act, including the western chorus frog, the monarch butterfly, and more recently, grassland bird species such as the bobolink and eastern meadowlark.